Superconductivity occurs when electrons in a metal pair up, traveling through a conductive material without encountering resistance. The truth is no longer so simple, when German scientists discovered that electrons can also be grouped into groups of four, forming a new state of matter and at the same time, opening the potential for a new superconducting mechanism. 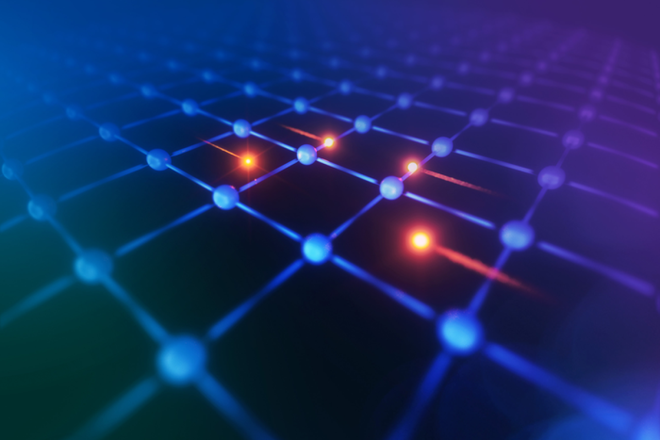 Illustration of four electrons clustered in a group in a superconducting layer of matter, described by artist Jörg Bandmann at Pixelwg.

To be able to move in a superconducting environment easily, electrons pair up, transforming into a Cooper pair state (named after physicist Leon Cooper). This state increases the amount of energy required to influence the electron’s orbit, and if the average temperature of the material is low enough, the atom will not possess enough heat to manipulate the electron pair. Tiny charged particles will float freely without losing energy.

In the new study, scientists working at the Universities of Dresden and Würzburg (Germany) discovered a new connection state of Cooper couples. In a particular type of superconducting device, pairs of electrons pair together to form clusters of four charge carriers.

Head of Research, Henning Klauss et al.use a variety of methods to confirm research results, and affirms “groups of four electrons appear in some specific metals, forming a new state of matter at extremely low temperatures“. The new superconducting state is only stable at extremely low temperatures.

The phenomenon occurs in compounds containing barium, potassium, iron and arsenic. Since a decade ago, the scientific community has had certain speculations, but the evidence has not existed until now. Scientists needed two years of research to come to a final conclusion.

“We can assume the results will lead to a new direction of research, looking for metals that contain clusters of four electrons, or finding ways to modify metals to easily support a four-electron state. In theory, a new superconducting state could be formed using clusters of electrons,” concludes researcher Klauss.

According to New Atlas