As announced yesterday, at 8 am this morning (November 17), Sony Pictures Entertainment and Marvel Entertainment simultaneously released the next trailer of Spider-Man: No Way Home. This can be said to be one of the most anticipated blockbusters in the late 2021 period, and is also an important movie project in Marvel Studios’ multiverse exploitation plan.

The most notable detail in this new trailer is the appearance of a series of familiar villains in the Spider-Man trilogy directed by Sam Raimi and 2 The Amazing Spider-Man movies. Before that, Peter Parker asked Doctor Strange to use magic to “brainwash” people, making them forget the secret of Spider-Man’s true identity (in the last scene of Far From Home).

However, Strange’s spell failed and accidentally opened the door connecting parallel universes, allowing other villains to enter the main MCU timeline. Which includes: Dr. Octopus, Electro, Sandman, Green Goblin and Lizard. Peter Parker’s mission this time is to defeat those villains and push them back to the original universe. This could also be an opportunity for Sony to build a team for the Sinister Six, with the sixth member possibly being Vulture, or even Venom or Morbius. 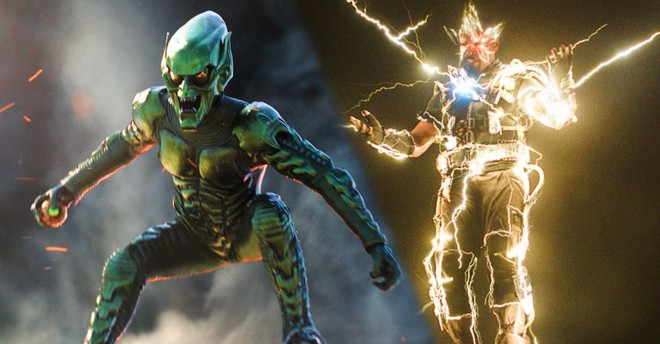 Spider-Man: No Way Home will bring at least 5 villains from the old Spider-Man movies back to the big screen.

Besides, what fans expected the most did not happen in this trailer, which was the appearance of the remaining 2 Spiders, played by Tobey Maguire and Andrew Garfield. Even so, we can still recognize many details related to the previous 2 versions of Spider-Man. For example, when Doc Ock realizes that Peter Parker (Tom Holland) is not the Peter he knows (Tobey Maguire); or when Spidey reached out to save the free-falling MJ, recreating the regretful tragedy of The Amazing Spider-Man.

Spider-Man: No Way Home will officially premiere on December 17.