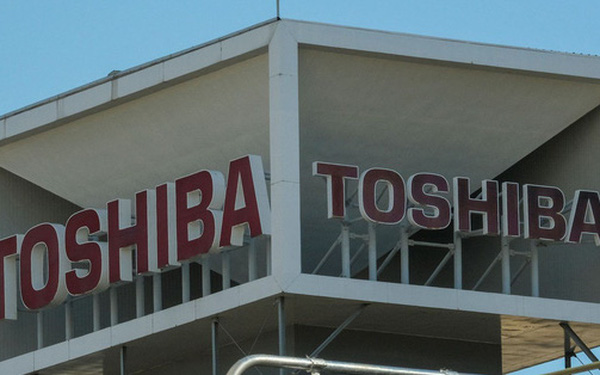 According to the plan, one of the three divisions to be split will focus on infrastructure, the second will focus on electronic devices such as power semiconductors. Meanwhile, a third company, which retains the Toshiba name, will hold a stake in memory maker Kioxia Holdings Corp. and other assets.

The decision to split comes after Toshiba scrapped other divisions in recent years, including medical equipment, personal computers, consumer electronics and a nuclear power company in the US – Westinghouse Electric, went bankrupt in 2017.

Toshiba’s board of directors’ strategy committee said it was planning further liquidations and mentioned private equity firms that intend to acquire parts of the group.

Accordingly, a corporation formed in 1875 will be officially separated. Toshiba’s industrial and consumer business model has helped it become a Japanese corporation the size of GE, the company’s major shareholder before World War II, and Siemens of Germany. Earlier, on Tuesday, GE said it also split into three divisions, while Siemens has gradually broken down the companies in recent years.

Satoshi Tsunakawa – CEO of Toshiba, said: “You can see this as a dissolution, but to me it is progress in the future.” The plan, he added, will give them greater flexibility by separating long-running infrastructure components such as water treatment systems from the electrical parts manufacturing division. high-tech electronics. According to him, these are the areas that need to be invested heavily and make important decisions.

A small number of Japanese companies – typically Hitachi, continue to maintain a multi-industry conglomerate structure. However, Toshiba decided to undergo a comprehensive restructuring after facing a series of crises, beginning with an accounting scandal in 2015 that resulted in foreign shareholders owning more than half of the company.

These shareholders have removed the chairman of the board of directors from the top position this year. They then formed a new board led by financial experts and executives with extensive overseas experience.

Toshiba said it expects revenue for its infrastructure division to come in at about 2 trillion yen ($17.5 billion) and about half that of its electronics business. The company plans to hold a special shareholder meeting between January and March next year to try to gain approval for the split plan.

The board’s strategy committee, led by former KPMG Hong Kong board member Paul Brough, said it had discussed with private equity funds about Toshiba. The committee said it does not want either party to buy the entire company, but some are interested in parts.

In addition, the board also said that some shareholders want to auction the entire Toshiba. However, shareholders will benefit more if Toshiba itself does the process to increase value quickly. The committee revealed it wanted to quickly profit from its stake in Kioxia, the chip-making division formerly known as Toshiba Memory, as soon as possible to pay shareholders.

Founded in 1939 under the merger of Tokyo Denki Electronics Corporation and Shibaura Seisaku-sho Engineering Corporation. Thanks to the preferential lending policy and restriction of domestic competition from the Japanese government, Toshiba became a powerful corporation in the period 1980-1990. Toshiba was the world’s fifth-largest personal computer maker by revenue in 2010 and the world’s fourth-largest semiconductor company by revenue.